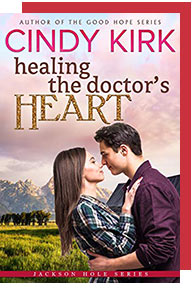 ~This story was originally published as The Doctor's Not-So-Little Secret (as noted on the copyright page) It was updated (WOW-has technology changed in eight years!) as well as some of the writing was tightened. What hasn't changed is this is a heartwarming story that you're absolutely going to love!~