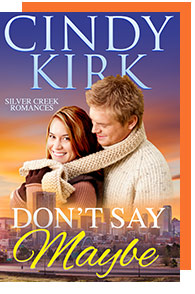 Be some other name!

As President and Head of Operations for the Colorado Grizzly football team, work is Nyla Driskill’s life. Or it was, until a trip to Paris reawakened her passion for the city—and for Deron Flock.

The Montagues and the Capulets have nothing on the Driskills and the Flocks. The hundred-year animosity between the bitter business rivals is the stuff of Denver lore. Nyla has grown up hearing the same mantra: Never trust a flock. Any association between her and Deron is strictly forbidden.

Deron has been in love with Nyla since they were seventeen, stealing glances in the hallways of their high school. Running across her in Paris, far from family and prying eyes, was his hoped-for miracle. He knows they could be so good together, if she would just give him a chance.

While they agreed what happened in Paris must end there, the feelings that have grown between them can’t be denied. When the truth is revealed, both will be tested on how far they are willing to go for love.

Put your feet up and relax with this uplifting story today.